It was a wonderful day yesterday (Nov-18th, 2014) for iOS developers, finally Apple  released Xcode 6.2 Beta with WatchKit framework to start developing apps for Apple Watches. It started a new chapter in iOS developers  life to play with Watchkit framework and make relationship with Apple watches. 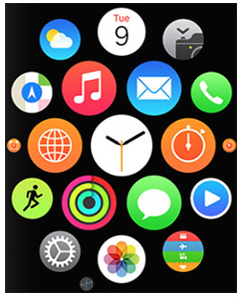 I am not sure about What the NDA restrictions are, but I am just having thing on the basis of publicly information the  Apple WatchKit
But its not so limited information, its too much to learn with Beta release.

Lets first go through some basic but interesting things about Apple Watch Architecture and Watchkit Layout.

* iPhone Device:  It works like a "Model" and "Controller" of the  app. iPhone Device contains all the code of the application and responds to all the events like app launch, button taps etc.

* Apple Watch: It works like a "View" of the  app. All the Static images and Storyboard are contains in it. It is an user interface of the app. It process user inputs but did not run any code.

Communication between Apple Watch and  iPhone get automatically. Wow interesting! WatchKit SDK handles this communication via Bluetooth behind the scenes.
One issue for developers is that Animations are not supported in WatcKit. It means Developers will try for third party API (if any) or They will use set of .GIF images to achieve animations.

1-Glances: Provides a Quick overview of the contents within app