Swift is Apple's latest programming language for iOS and OS X apps that builds on the best of C and Objective-C, without the constraints of C compatibility. Swift adopts safe programming patterns and adds modern features to make programming easier, and flexible.

The Basics:
Swift Providing below data types in his way of syntax.

Email ThisBlogThis!Share to TwitterShare to FacebookShare to Pinterest
Labels: get Used to with Swift, Swift with tutorials

Swift is Apple's latest programming language for iOS and OS X apps that builds on the best of C and Objective-C, without the constraints of C compatibility. Swift adopts safe programming patterns and adds modern features to make programming easier, and flexible.


Swift will replace Objective-C as the primary language in which iPhone and Macintosh applications are written.

How we declare variables in Swift ?

What is difference between 'let' and 'var' declaration ?

In terms of objective -c or compare with  objective -c, 'var' is  Mutable and  'let' is NonMutable.

var myString = "This is my string."

Initializers
Initializers are called to create a new instance of a particular type. In its simplest form, an initializer is like an instance method with no parameters, written using the init keyword:
init() {
// perform some initialization here
}

In Swift How to connect UI under Swift Environment ?

UI connectivity has no change, its similar to objective-c. Xib/Storyboard under Interface builder.

In my earlier post  Best way to Avoid merge conflicts with Storyboards I have made clear why to use multiple storyboards in your iOS app.

Xcode creates only single storyboard with name “Main.storyboard” at the time of creating new project. Lets see below image 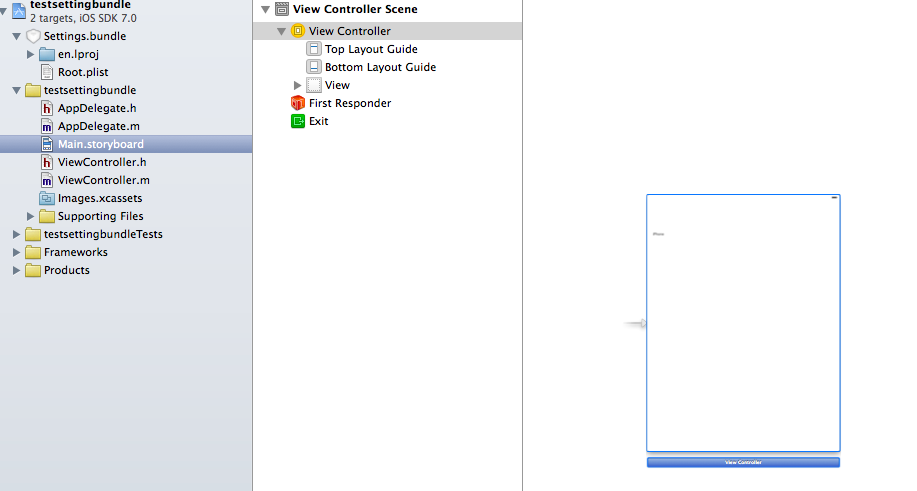 Xcode is smart IDE tool its provides option to create another storyboard. how? as simple as creating new file. Under File menu choose New and follow below image steps. 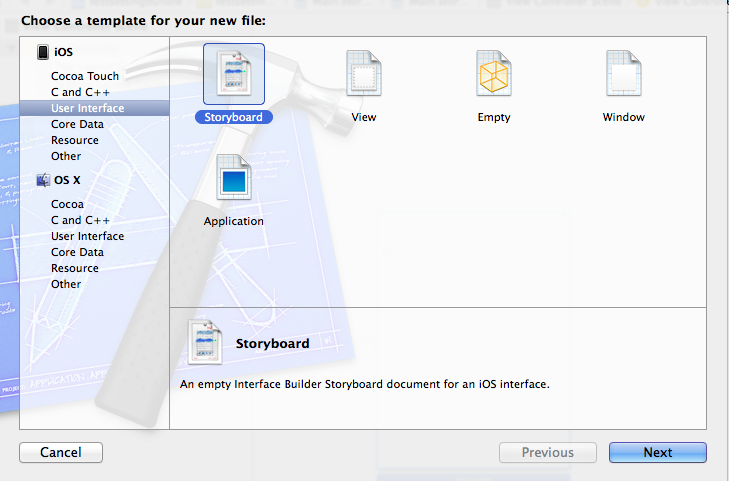 Next save it with proper name. Finally you can see two storyboards in the same app.  see below image for better idea. 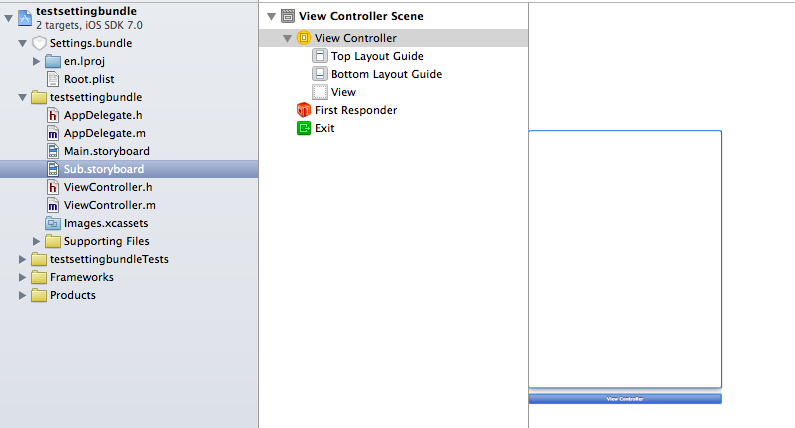 Using above code you can load UI from multiple storyboards.

If you have some other Best way to use multiple storyboards in iOS app development please share with me in comments section.

As of using storyboard in iOS app development, it is observed that working as a team on an Application, we face issue of  merge conflicts in storyboard changes. for example, if  same time two developers make changes in UI, it creates issue in merging code because of having single storyboard for all team members.

All though there are lots of compare-merge tools to solve merging issues. These tools are very useful for  merging other files like .h and .m files but these tools are not so useful to compare and merge storyboard changes.

Xcode gives option to add multiple storyboards in application. It would be good if we create one storyboard for one module or related screens
Like Login, Registration and Forgot Password related scenes/Screens can be create in one storyboard and User Profile, Settings can be in separate storyboard.


By doing this, we can work as team even without storyboard conflicts. And without wait for other member to finish his UI changes first and get updated code.

How to Convert iPhone Storyboard in to iPad Storyboard

Some times it happens that, first we develop an iOS app for iPhone environment and latter it requires to develop same for the iPad environment in very short time of period. As a developer I face this issue. So I would like to share my experience to all of you. Don’t worry, its very simple to change  iPhone Storyboard in to iPad Storyboard .
Let me share the steps to help you understand. 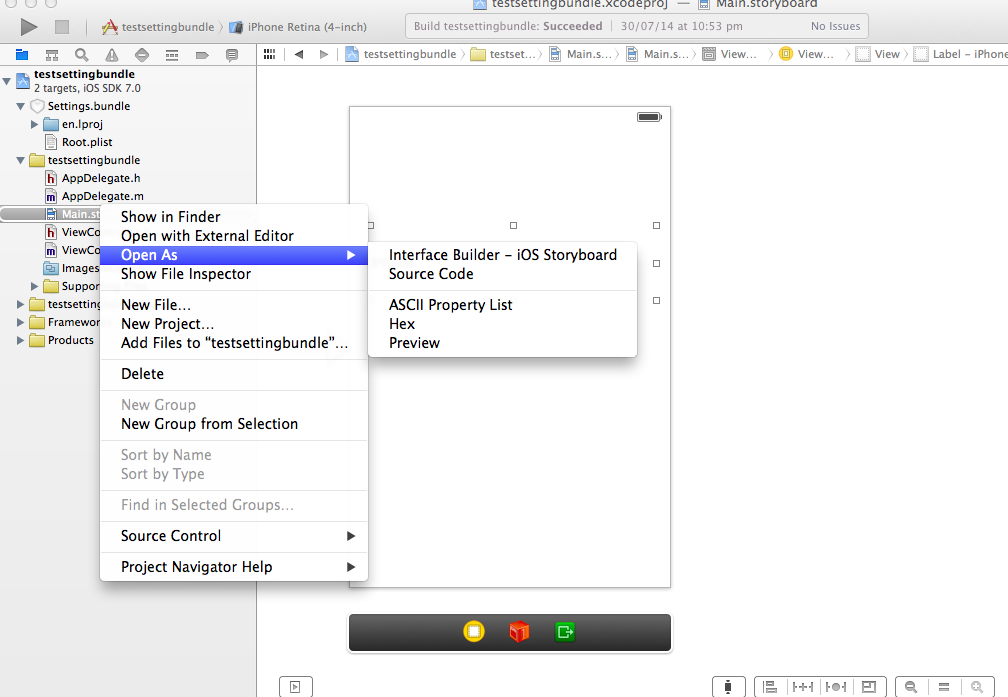 Source code will open as a XML code for all of the UI. Here is everything written as code. whatever we create UI in Scene it contains the coding part for that.

3- Find in this XML file targetRuntime="iOS.CocoaTouch".
See below image for better understanding.

4- Simple change it to targetRuntime="iOS.CocoaTouch.iPad”.
See below image for better understanding.

don’t worry I am not going to share more steps its done all about. Now you need to come back from this XML file in to Storyboard.
Write click over Storyboard in left side panel where all files listed and Select open As - Interface builder-iOS Storyboard.


See below Images for better understanding.

Now you will see that all of Scenes of Storyboard changed to iPad size. If this not happens don’t worry we have one more steps to change it manually.
Select your view controller object in storyboard and change it size to iPad-Full screen. See below image for better understanding.